ESPN.com - Sun, 09/19/2021 - 14:14
Manchester United could go back to the top of the Premier League table with a big win away to West Ham United, who themselves can climb up to second with a victory.
Categories: More News

Tireless on the pitch and conscientious off it, Liverpool’s old master is plodding steadily towards a place in football history

Emerson Royal is a £25m Brazil international and a specialist right-back. James Milner is a 35-year-old odd-job man who was playing Premier League football before Emma Raducanu and Harvey Elliott were born. On successive Saturdays, each was subjected to trial by Wilfried Zaha. Only one passed and it wasn’t the man bought from Barcelona last month.

Perhaps it is unfair to judge the Tottenham newcomer on the basis of a debut in which he was parachuted into a makeshift defence. And yet Milner was a late call-up for a new-look Liverpool back four on Saturday, charged with flanking the debutant Ibrahima Konaté. His immediate opponent was Zaha and the previous time that was the case, Milner was a youngster of 33 and he was sent off for fouling the speediest of wingers. When Zaha hit the post after a minute after he eluded Milner, this threatened to be a case of cruelty to the elderly.

LiverpoolEcho.co.uk - Sun, 09/19/2021 - 14:09
Liverpool captain Jordan Henderson was filming Andy Robertson get out of a swimming pool on his Instagram story
Categories: More News

icLiverpool.co.uk - Sun, 09/19/2021 - 14:09
Liverpool captain Jordan Henderson was filming Andy Robertson get out of a swimming pool on his Instagram story
Categories: More News

LiverpoolEcho.co.uk - Sun, 09/19/2021 - 12:57
The deputy chief medical officer has sent the message to Everton and Liverpool players as part of a Premier League campaign
Categories: More News

icLiverpool.co.uk - Sun, 09/19/2021 - 12:57
The deputy chief medical officer has sent the message to Everton and Liverpool players as part of a Premier League campaign
Categories: More News 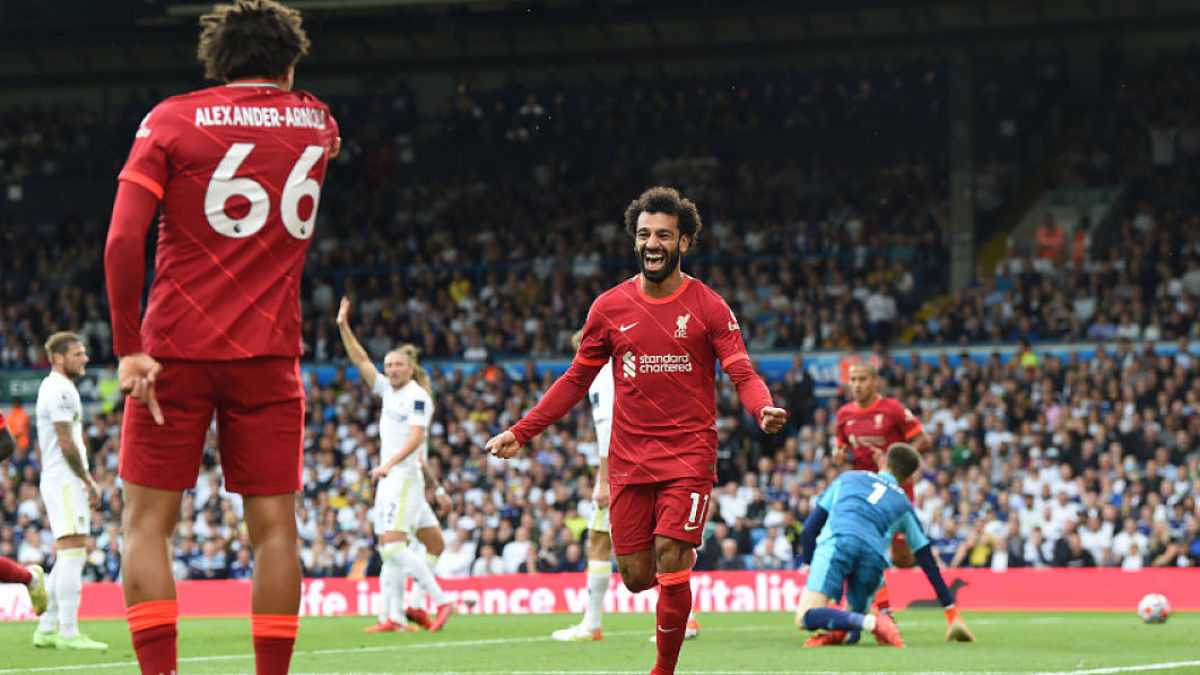 Liverpool made a winning return to Premier League action with a 3-0 victory at Leeds United on Sunday that was marred by a serious injury to Harvey Elliott.

Mohamed Salah gave the Reds a deserved lead during the opening half with a typically accurate finish from Trent Alexander-Arnold?s assist — his 100th career goal in the division. 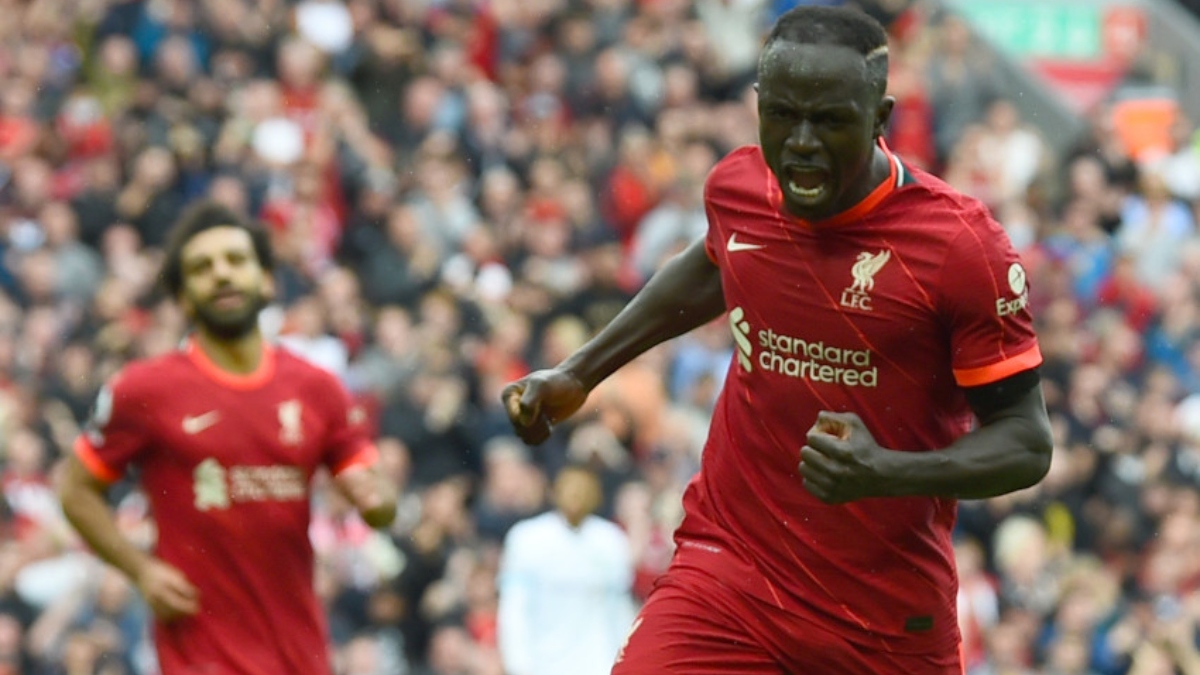 Leeds poses the next challenge as Liverpool looks to ensure its fine form spans its most recent layoff.

Liverpool will visit Leeds on Sunday at Elland Road in a Premier League Round 4 matchup. It’s too early in the season to read much into the standings, but Liverpool enters the contest having won two and drawn one of its opening three games. Leeds has lost one and drawn two of its first three contests.

Here’s when and how to watch Leeds versus Liverpool in the United States:

No Trent, no Robertson, no sweat - Liverpool are title contenders

No Trent Alexander-Arnold, no Andy Robertson, no Joel Matip.

No problem, as far as Liverpool are concerned.

Jurgen Klopp’s men are back in familiar territory. Top of the Premier League, winning games and reminding the world that those who have written them out of this season’s title race better think again.

While Manchester City stuttered on Saturday, drawing at home to Southampton, the Reds were able to take full advantage. Their 3-0 victory over Crystal Palace sends them to the summit, another tricky fixture negotiated with the minimum of fuss.

Those who doubt the strength and depth of Liverpool’s squad may need to revise their opinion. That’s three wins in seven days for Klopp’s side, with the manager able to rotate and re-jig throughout.

He changed his whole defence for this game.

Virgil van Dijk returned after being rested for the Champions League win over AC Milan in midweek, and the Dutchman had a new centre-back partner in Ibrahima Konate, the summer signing from Leipzig making his competitive debut for the Reds.

Neither of Liverpool’s world-class full-backs played. Trent Alexander-Arnold awoke feeling unwell – not Covid-19, the club confirmed – while Andy Robertson was left on the bench after a heavy workload for club and country.

It was the first time since December 2018 that Liverpool had started a Premier League game without those two, and the first time at Anfield since November 2017, but Klopp will have been delighted to see how his replacements fared.

Kostas Tsimikas had a hand in two goals, while James Milner, a reluctant right-back as well as a veteran one, did admirably against the dangerous Wilfried Zaha as Palace’s dangerman was kept on a short leash.

The 35-year-old remains an important figure in Klopp’s side, bringing experience, versatility and hunger whenever called upon.

How Anfield enjoyed this, even if Palace kept the home side honest for much of the afternoon. It wasn’t until the 78th minute that Liverpool got the all-important second goal, and Mo Salah’s celebration – removing his shirt in delight – said plenty.

Salah moves on to 99 Premier League goals for Liverpool, and earlier Sadio Mane had notched his 100th in all competitions for the club.

The Senegal star has been criticised for missing chances of late, but he finished the one that mattered here. Mane has now scored in nine successive appearances against Palace, a Premier League record.

Klopp will be delighted to see his main men firing, and Diogo Jota should have joined them on the scoresheet too, but he will have been just as pleased to see another of his squad players, Naby Keita, cap the win off in fine style.

Keita had replaced Thiago Alcantara, who had suffered an injury just after the hour mark, and grabbed his first goal in nearly 14 months with a beautifully-controlled left-foot volley a couple of minutes from time.

All in all, a good day’s work for the Reds, who were able to give Matip and Alexander-Arnold the day off and who still boasted the likes of Robertson, Joe Gomez, Alex Oxlade-Chamberlain and Takumi Minamino in reserve.

It may only be September, but these look like big weeks at the top of the table. With City having dropped five points already, the pressure is already on the reigning champions. Pep Guardiola’s side visit Chelsea next weekend, before a mouth-watering trip to Anfield on October 3.

As for Liverpool, they’ll be happy to keep plugging away. Klopp will rotate at Norwich in the Carabao Cup, where the likes of Gomez, Oxlade-Chamberlain, Minamino and Curtis Jones will all expect to play, and knows a win at Brentford next Saturday would set them up nicely for the visit of City.

The chance is there for them to make a big move in the next fortnight.

They didn’t even need their full artillery for this one. What does that tell you about the Reds' strength this season?

Former Malaga and Villarreal playmaker Pablo Fornals has chipped in with a few goals for West Ham over the past couple of seasons. His recent form for the Hammers has seen him restored to the Spain squad and he got off the mark for his country with a strike against Kosovo in September 2021. If he can continue his early season form, Fornals will be looking to register double figures in the Premier League this term.