LiverpoolFC TV - Mon, 11/30/2020 - 10:30
Liverpool welcome AFC Ajax to Anfield in the Champions League on Tuesday night – and you can order a copy of the large-format special matchday programme now.
Categories: LFC NEWS

Talented 18-year-old Sporting Lisbon starlet Nuno Mendes has delayed signing a new contract at the club amid interest from Liverpool.

Mendes has impressed this season and was previously linked with Leicester and Newcastle.

The left-back is also a target for the Reds, according to A Bola, who report that he does not want to deter them by increasing his release clause in a new deal, which already stands at £40m.

This story has been reproduced from the media. It does not necessarily represent the position of Liverpool Football Club. 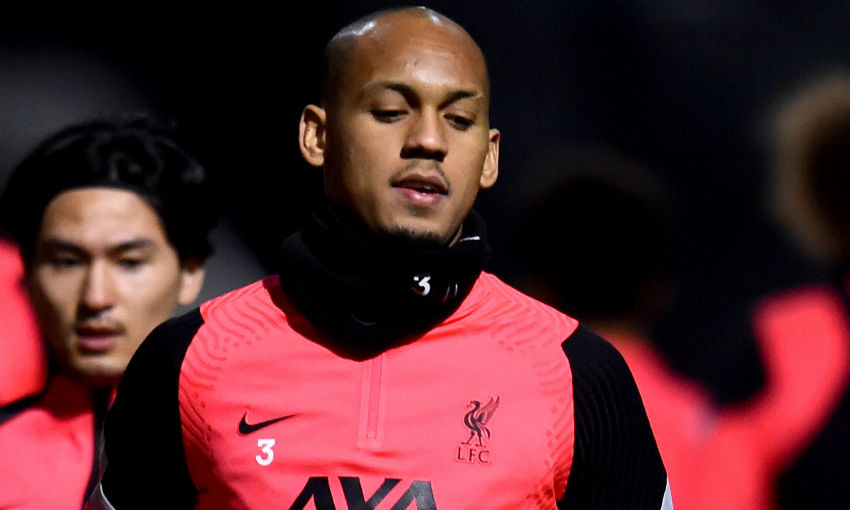 Check in on Liverpool's preparations for their clash with AFC Ajax by watching part of today's session at the AXA Training Centre.

Jürgen Klopp will oversee a pre-match workout from around 4pm GMT.

We'll be broadcasting a portion of the session live - and you'll be able to watch on this page via our YouTube stream.

Please note, the start time is subject to a short delay.

App users should tap here to watch via YouTube.

LiverpoolFC TV - Mon, 11/30/2020 - 09:00
Check in on Liverpool's preparations for their clash with AFC Ajax by watching part of today's session at the AXA Training Centre.
Categories: LFC NEWS 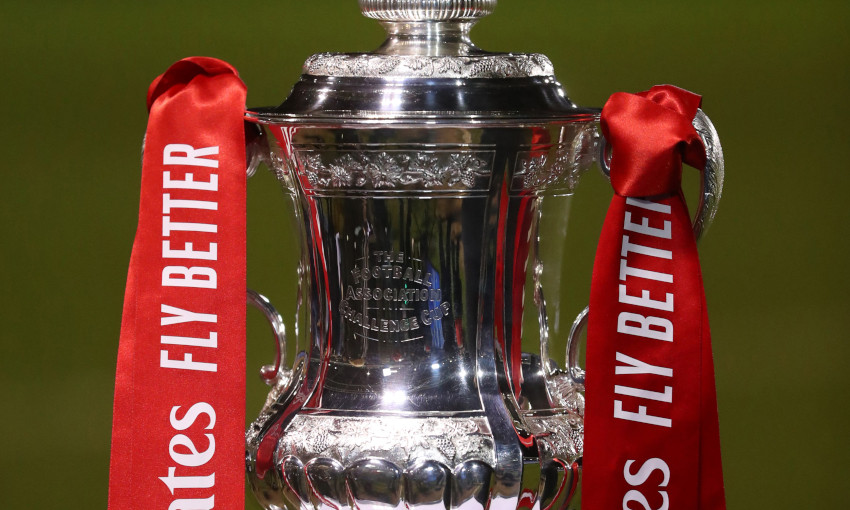 Liverpool will discover their opponents in the FA Cup third round when the draw takes place this evening.

The third-round draw, which sees Premier League and Championship clubs enter the competition, will be broadcast live on the official FA Cup YouTube, Twitter and Facebook channels from around 7.10pm GMT.

The Reds are ball number 21 in the draw.

Third-round ties are scheduled to be played across the weekend of Saturday January 9 and Sunday January 10 and, with no replays in this season’s tournament, will be decided by extra-time and penalties where required.

LiverpoolFC TV - Mon, 11/30/2020 - 08:45
Liverpool will discover their opponents in the FA Cup third round when the draw takes place this evening.
Categories: LFC NEWS

Vote now: Who was Liverpool's Men's Player of the Month? 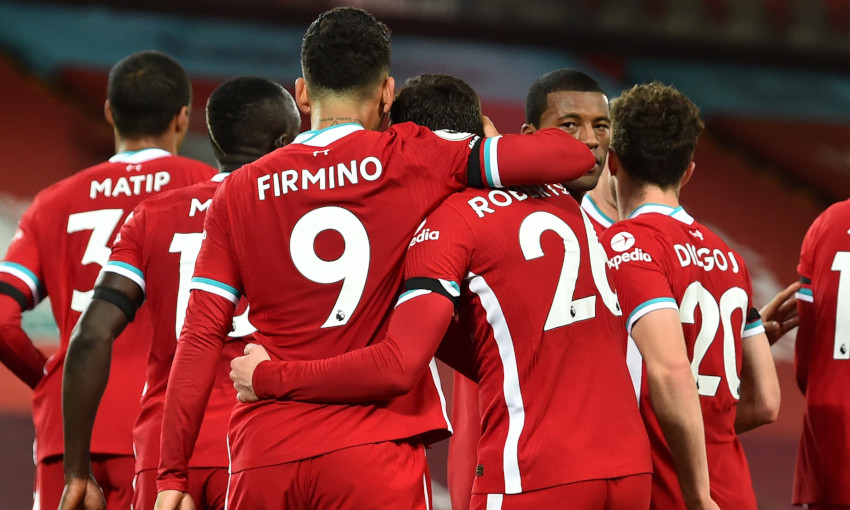 Liverpool's first-team fixture schedule for November is now complete and so it's time to choose your Standard Chartered Men's Player of the Month.

In the Champions League, meanwhile, they played out a victory and defeat against Serie A side Atalanta BC.

Who was the team's top performer across the month?

Have your say in the poll below and stay logged on to Liverpoolfc.com to discover the winner soon.

App users should tap here to load the voting form.

Vote now: Who was Liverpool's Men's Player of the Month?

LiverpoolFC TV - Mon, 11/30/2020 - 08:30
Liverpool's first-team fixture schedule for November is now complete and so it's time to choose your Standard Chartered Men's Player of the Month.
Categories: LFC NEWS 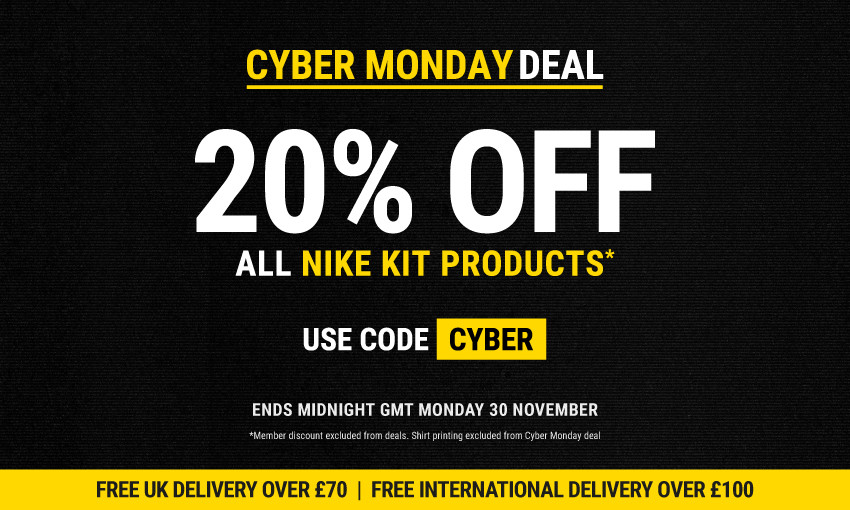 This special offer is available now until 11.59pm GMT on Monday November 30 and includes all items in our Nike kit range.

Shop at store.liverpoolfc.com/kit and use code CYBER at checkout to receive your discount (offer excludes membership discount and shirt printing).

Spend more than £70 and you can claim free UK delivery, or free international postage for orders of more than £100.

Our Cyber Monday deal is available online now at store.liverpoolfc.com/kit and ends at 11.59pm GMT on Monday November 30.

Football seems insistent upon eating itself; in search for the perfect sense of cleanliness and transparency, it is however slowly strangling everything that makes it so beautiful.

A couple of weeks ago, Scotland won themselves a place at Euro 2020 (2021), via a penalty shootout success, in Belgrade against Serbia.

When their goalkeeper, David Marshall made the decisive stop there was a pregnant pause prior to his celebrations as he awaited the official thumbs up from the referee that his save was a technically legitimate one.

This created a bizarre subsection of its own, when the television presenter on duty declared the images of Marshall, waiting for confirmation that Scotland had finally ended their 22-year exile from major international tournaments, were ‘iconic’.

That’s a goalkeeper, basically pleading that the greatest moment of his career has been allowed to stand; that’s a goalkeeper, locked in a period of stasis, waiting to see if the surge of ecstasy building inside should be unhealthily pushed back down or permitted to erupt. Iconic?

A referee sees nothing wrong with an injury-time challenge for the ball in the penalty area, an ‘incident’ from which no Brighton player makes a serious claim of wrongdoing, an incident that the match commentator fails to translate as being particularly contentious.

From a word in the referee’s ear, he is told to take a second look utilising slow motion. Under this microscope, he then awards a penalty that takes two valuable points from the possession of the defending team.

There is the side of the argument to say that by the letter of the law, it was a valid penalty. Contact was made by Andy Robertson and Danny Welbeck fell to the turf as a bit of an afterthought.

Was it within the spirit of football though?

Fine lines and all that. Robertson took a swing for a ball that his trajectory was set to meet, only for it to be subtly deflected away instead marginally catching the other player. The type of incident that happens thousands of time a season.

While the gift was gratefully accepted, even a significant amount of Brighton’s players put their hands up to agree that it was never a penalty – despite overall, them probably deserving something out of the game.

If a set of players are freely confessing that the means of how they obtained a deserved point was suspect, then somebody should really be taking notes.

Football always suffers when common-sense is put into deep storage.

The concept of VAR is fine. If a blatant injustice can be remedied in a game then that’s fantastic. You know, something like Jordan Pickford’s challenge on Virgil van Dijk would be the perfect example here of an incident missed that was clear and obvious…

Again, I was all for the concept of referees going to the side of the pitch to view contentious incidents yet only to assess them in ‘real-time’.

On one hand, officials bristle when it is suggested that football is now being re-refereed yet if they need more than 30 seconds to make or overturn a decision, using multiple angles in slow motion, then how is that incident a clear and obvious mistake?

Of the two goals we had disallowed, a quick glance at Sadio Mane’s is enough for the naked eye to spot that he’s offside, while Mohamed Salah’s isn’t. Taking set squares to football to pick up on rouge armpits or badges isn’t in the spirit of clear and obvious.

Geometry and slow-motion being used is more contentious than most of the incidents being analysed. A playful push of a loving parent to an adored child can look like actual bodily harm when viewed in slow motion.

Beyond this, much was made of Jurgen Klopp’s outburst at BT Sport’s Des Kelly after the game. I quite like Kelly, who despite being a Manchester United supporter, is one of the most balanced touchline reporters out there, yet his first question amounted to “so Jurgen, how pissed off are you?”

For an already frustrated Liverpool manager, it was a fuse lighting moment.

Argument and counterarguments will always be made about the ferocity of the fixture list, but in a common-sense approach, no team would be playing twice in under 72 hours.

Back on the pitch, Brighton could have been 2-0 up before we had our first disallowed goal chalked off. A wasted one-on-one and a poorly taken penalty should have given us a mountain to climb on Saturday afternoon.

Diogo Jota scored another fine goal, threaded in beautifully, although I’m not sure I’m on for shushing an empty stadium as part of a celebration.

James Milner is the latest victim to injury. His versatility is massively crucial right now, and we’re suddenly edging toward a situation where Fabinho might need to cover right-back.

On to the next one we go for the visit of Ajax in the Champions League on Wednesday night. A game that will take place over 72 hours after the previous one.

December is about to begin and it might just make or break us.